Succeeded by Icons and Μoments 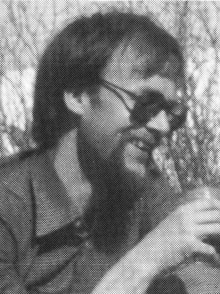 In memory of my first PhD advisor Wolfgang Stüdemann, who was tragically killed in the crash of PSA flight 1771 en route to the American Geophysical Union Fall Meeting in San Francisco, California, on December 7, 1987. He was 47 years old. Wolfgang Stüdemann was one of the world's leading experts on plasma and energetic particle detection in space and had developed a variety of solid-state detector systems and innovative magnetic spectrometers flown in space.
Posted by Yannis at 8:28 PM